It's half way through May, well almost and I haven't posted since the Easter holidays. The school holidays really do upset my routines been playing catch up ever since. I have not stopped playing but I have just not had the time to blog. So I am doing a quick catch up today and will make time every week to blog going forward./

I have played two introduction games to ATZ and found 4 new players so the next thing is to play day one with them all and get them hooked into the miniatures world. Hopefully I will do this next month in June as I am stacked this month.

I have a few weeks of Karl to type up and I started playing Lizzie on her own so have a couple of weeks for her to type up too. The biggest thing though is that I have started painting and I really love it. It's like meditation for me and I have joined up with 3 fellow gamers in building a Saga force and you can see my good friend Andy's blog for progress. Click here for the intro HERE and HERE for my late entry into their Tale of 3 Gamers Series.

I got the table set up and then got 3 teams ready as in one player would have the guy with a chainsaw. Another a Husband and wife team and the third a mother and 2 kids. The aim of the scenario was to gain 3 resources and leave via the opposite board. Only one figure survived, the husband.

The wife was the first to get bit and the husband took her out before she could turn. The second to get bit was the guy with the chainsaw and in a fit of rage knowing his life is ending throws a grenade at the family who had just found a car with fuel and keys. The grenade took the car out and knocked down the family which let the Zed';s get them. It was fun. Here are some pics from the day; 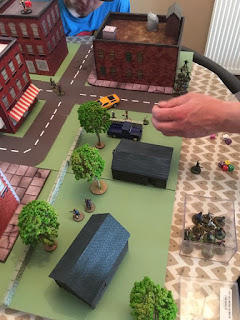 Moving onto the table and setting up the ZED's 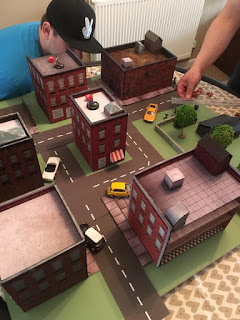 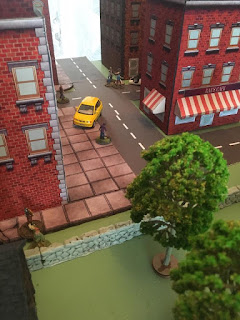 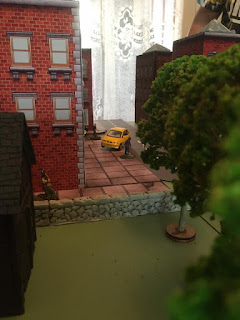 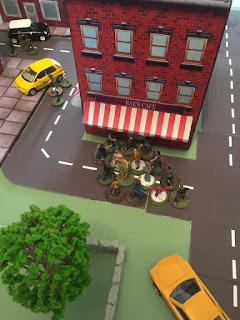 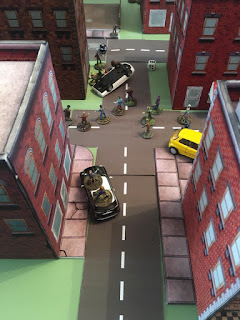 Just too many ZED's for the family to survive 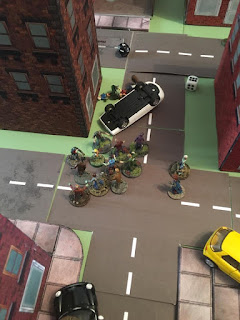 It feels good writing this blog post now to catch up on the blogs I follow
Posted by Unknown at 02:53

Email ThisBlogThis!Share to TwitterShare to FacebookShare to Pinterest
Labels: ATZ